A downloadable game for Windows

Tribute To Myst is a technical demo of a 360 first person clicker. It was made for the Myst Jam.


There is no story, no meaning behind objects and places. I just picked random stuffs at my reach. I wish I had time to prepare a consistent story and believable characters, build more mechanics and enigmas, but it will be for another time, another project.

My goals was to learn skills with the Blender Cycles render engine. Use home-made 360 panoramas captured with a smartphone. And then just having fun with effects by using shaders.

Since I work at a company where I make virtual reality with the Oculus Samsung Gear VR for big brands, I sometimes feel constraint and can't go crazy on the shader side. Well, Myst Jam was there at the right time and I just went completely obsessed and possessed about the project. I barely slept during one week but I guess it worth the effort.

Definitively going further with the engine, with the help of people, to make great projects like biographic interactive films, or imaginary lands from a Moebius universe.

I have plenty of things to do before, but I'll write some documentations about equirectangular textures and shader transitions.


Since the compressed file size of the game is about 700MB, it would be fun to print the game on a CD and distribute it like an old school PC game with a pretty cover.

If you need a quality VR app, you can contact the company I work : DVMobile 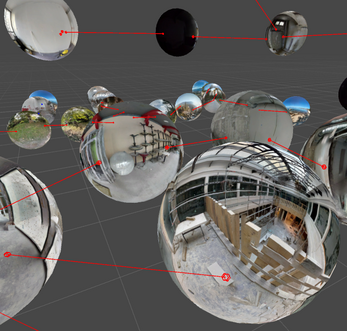 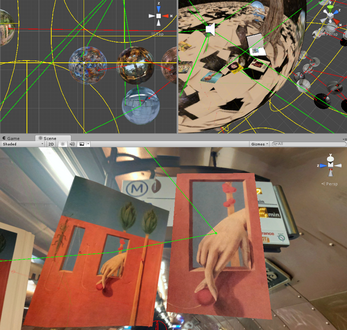